Proof That Apple is Obsessed With The Customer Experience

I was at the mall today just wasting my time (and looking at options for getting my eye prescription checked), and I stopped by the Apple Store. As I approached, I noticed an army of people in blue shirts, just waiting to help anyone who walked in. I soon realized that they were just cardboard cutouts. 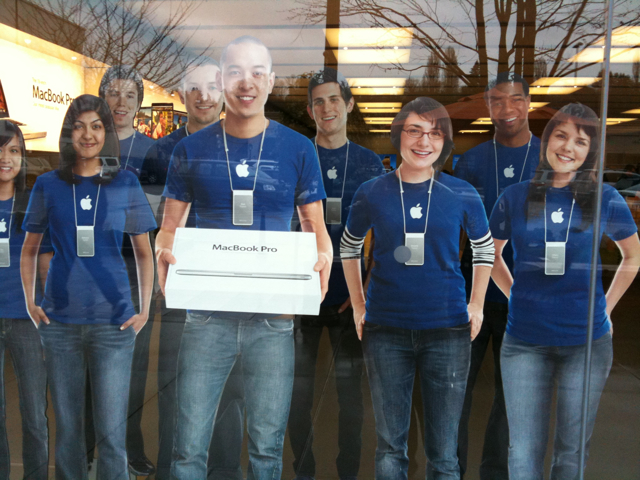 Neat. I walked in and looked around at the unibody Macbooks (the white ones that are now more curvy) and checked the battery life on them. They apparently get something like 5 hours (when I unplugged them and the computer actually calculated) versus my MacBook Pro that gets like 2 if I’m lucky.

Then I walked around and noticed something: 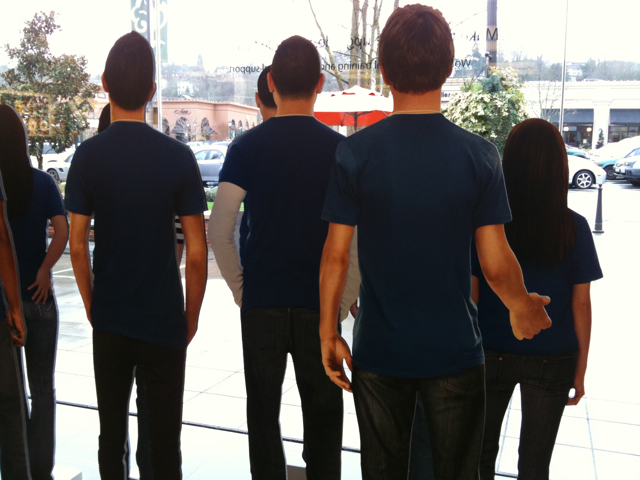 Apple printed the backs of the cardboard cutouts! They’re in the same poses in the back as they are on the front! If the backs had been blank, I probably wouldn’t have even noticed. But Apple pays so much attention to detail that they decided that peoples asses must be printed.

It is likely due to this level of detail that Apple is succeeding where other companies fail hard. I don’t care what anyone says about Apple, they care more about the user/customer experience than probably anyone else out there.

« The Accidental Asian: Notes of a Native Speaker – Book Review The Bird and The Bee – My New Favorite Band! »