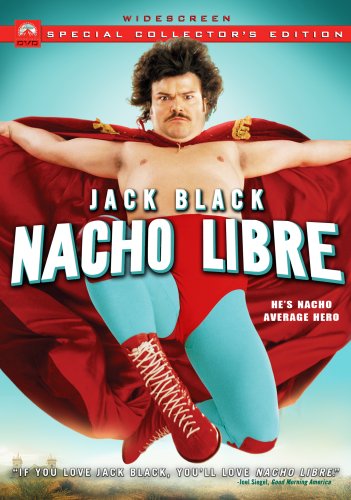 Maybe I’m on some kind of “spam roll” right now. But after checking my spam bin in WordPress, I noticed that about 100% of my blogspam was directed towards an old post I made about Nacho Libre.

What makes the post a spam magnet, though? I didn’t really stick anything in there that would potentially make it a spam target for spammers, did I? Is it because I mentioned some lady that looks like Penelope Cruz (but isn’t)?

I closed the comments on the post. My apologies to people who wanted to make a legit comment on the post but couldn’t. Maybe you can just post your comment here instead. Oh, crap. What if this post becomes the new Nacho Libre spam magnet post!? I guess I’d have to close comments on this one and make a new one explaining it. Then that new one would become the next spam magnet, and I would have to continue the process ad infinitum. Hopefully that doesn’t happen.

I noticed this post is getting lots of spam now, so I’m closing comments. Geez, what is it with Nacho Libre and SPAM!?