So I’ve been playing Wii Fit for a while, and I’ve noticed some weird stuff happen. For example, some days I’ll just get the male trainer (I typically like the female trainer) and he’ll say something like “Hey there, I’ll be your trainer for today” but he goes away after one exercise. Also, my normal trainer will just say random stuff sometimes, like she’ll act sleepy and talk about how she didn’t get enough sleep last night. Hey trainer, let’s try to keep it professional, huh? I don’t want to know about your personal life.

Another random thing I noticed was that my playing time would just randomly reset sometimes. I finally figured out what was going on last night. It turns out that Wii Fit just counts the minutes you work out per day. So since I was playing late last night, the time reset. I think it would make more sense to count minutes on a per session basis, but whatever. The whole midnight cutoff thing works too, I guess.

Finally, I noticed that my trainer’s hairstyle changed! It’s in a short ponytail now: 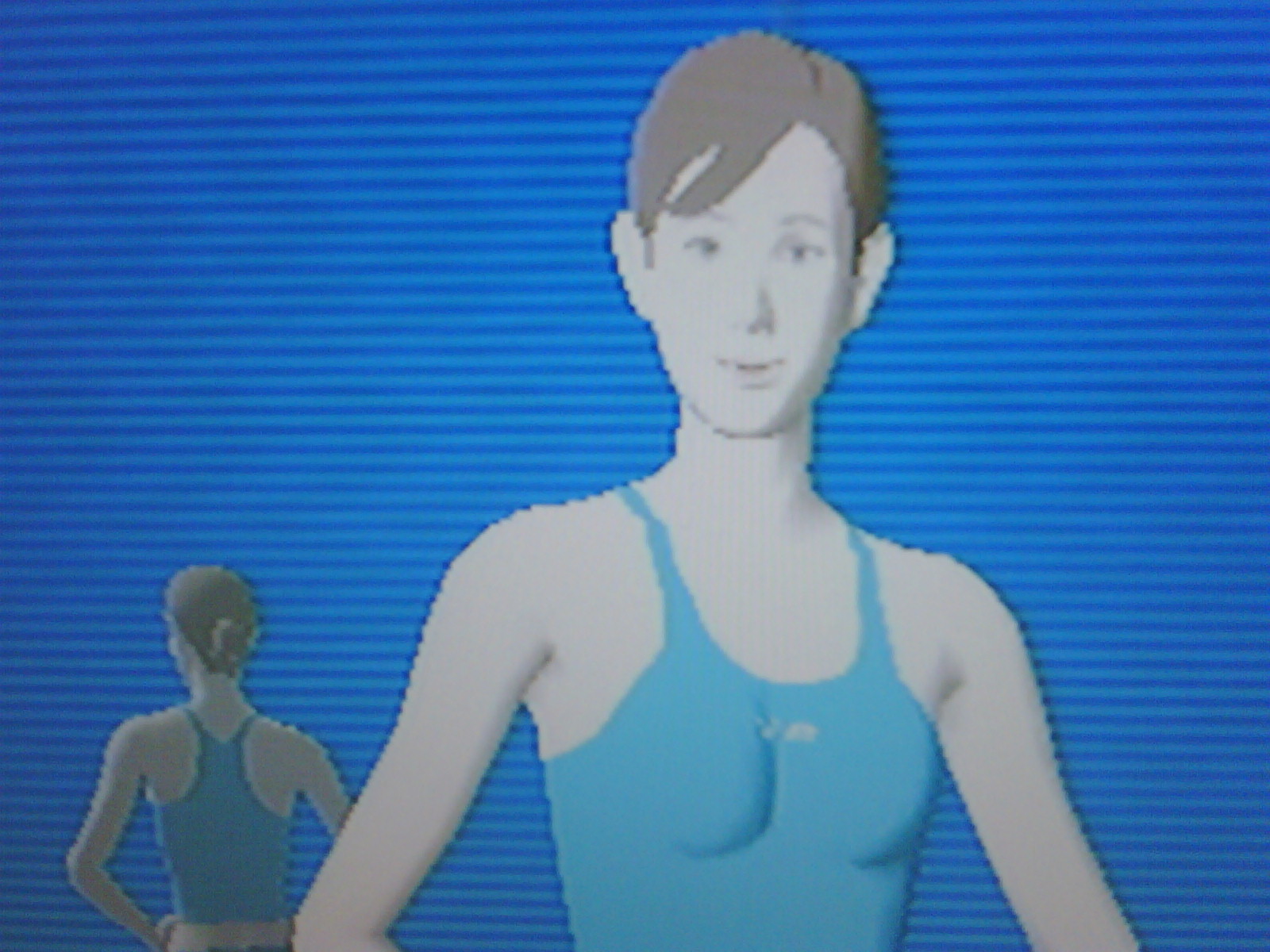 Before it was sort of a short hairstyle. Don’t ask me why I noticed this. Let’s just say it was only about last week that I noticed she didn’t actually move her lips. I’m not usually staring at her lips… Previously I thought it would be cool if you could “dress up” your trainer. I guess that’s kind of a uniquely Japanese thing that culturally people might want to do. I guess it’s cool if the trainer just has a mind of their own as well. I think that the outfit for the female trainer might’ve gotten a bit more conservative. It looks like in the old Wii Fit commercials she’s wearing a shorter top (and showing more tummy) as seen here: 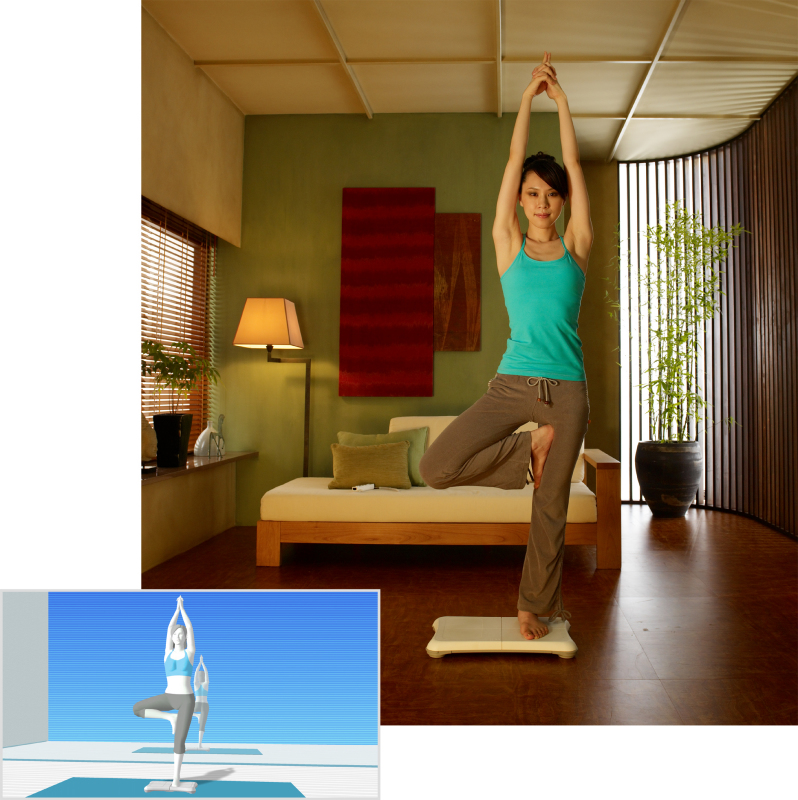 Anyway, I should probably be paying less attention to the actual trainer and more attention to working out. Which is working pretty well for me, actually.

« (In)Famous Hung Truongs Who Aren’t Me Song Currently Stuck in My Head: Ladies of The World »