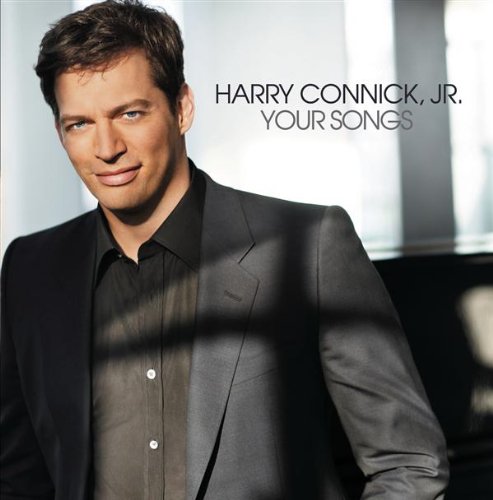 I’m a pretty big fan of Harry Connick Jr. I listen to his Christmas album year-round. And look at the picture above! He’s totally man-crush material. So it is with a heavy heart that I have to give his latest album, “Your Songs,” a bad review.

HC Jr. is best when he’s singing jazz standards, or songs that have been creatively arranged as jazz standards, like his Christmas songs and his really cool album, “Songs I Heard,” which consists of a bunch of songs from kid’s movies. I really like Songs I Heard because it takes familiar songs and transforms them into something unique that Connick can work with.

Your Songs pretty much seems like a cash-in album. Harry C basically loaded a bunch of popular songs into this album so that people would buy it. “Oh, it has ‘Can’t Help Falling in Love’ on it! It even has a Beatles song!” The problem with the album, and I’m not sure how the producers didn’t catch this very early in the process, is that the arrangements are so dull that Harry sounds like he’s in pain throughout the album. The arrangements don’t fit his singing style because they’re popular songs, and Harry Connick Jr. is not a pop singer. The thing that bothers me most is that this is a completely safe album. There were no risks taken in the vanilla arrangements. So what we get is a really sub-standard pop album from a really good jazz vocalist.

These may be my songs, but Harry: you can keep them!

(Yeah, so what if my only reason for writing this review was the cheesy last line? I’ve done worse on this blog!)