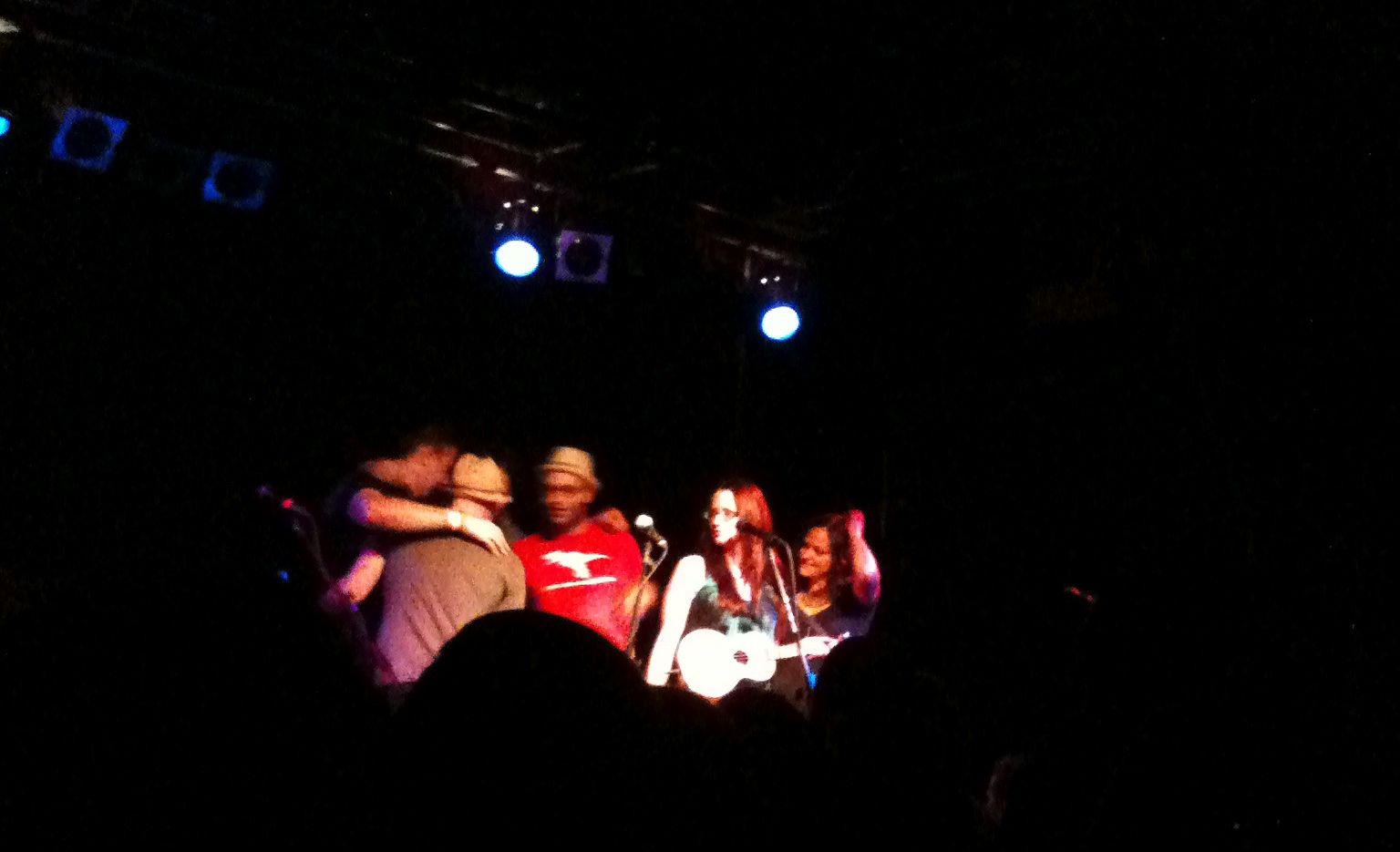 I got to see Ingrid Michaelson in concert at Neumos in Seattle last night. I previously saw her for the first time in Ann Arbor, 2007. Unfortunately, I didn’t get to see her in Ann Arbor last year because she sold out pretty quickly.

From what I remember of the last time I saw her (I haven’t re-read my other concert post yet), she seemed really modest and was excited that people in the audience knew the words to some of her songs. After two years of success, it seems like she’s a lot more confident, but also kind of diva-ish. Not that she’s a bitch or anything, but she’s sort of less charming in the way she was before. She still mentioned lots of random stuff like crying a bunch after watching The Family Stone on the tour bus and how much they like all like Mexican food.

Before Ingrid and the band came on, there was an opening act guy named Matthew Perryman Jones. I wonder if it’s his real name or a fake stage name! He was pretty good, but his songs were kind of yawn-inducing. He was nice though, and he said that all proceeds of the music and shirts and stuff would go to a child in need. Then he revealed the child in need is his child! What a joker.

Ingrid and the gang came on kind of late, and started with Soldier, which is the opener of her new album, Everybody, which I haven’t written about yet. Then she played a mix of songs from her past three albums. The first time I saw her, she only brought her friend Allie, but this time she had a full band, which is kind of necessary for playing a lot of the arrangements in the new album. The older songs felt a little weird with a full band though. To be fair, some of the arrangements were refreshing, like Far Away turned into a much richer song and I think Giving Up almost turned into a country song, which had an awesome effect. This is exactly why live performances are worthwhile to plunk down change for.

Ingrid said she was tired because she had taken a nap. I can relate. It’s hard to get back on track after taking an hour nap. She sounded fine, though. Her voice was as nice as I remember it. There were times that she used a little too much vibrato though. But she’s totally still got it talent-wise.

I think her songwriting has gotten better as well. I really like Die Alone, don’t get me wrong. But it’s just a little too repetitive. Her new songs are much better in that sense.

Oh, also, when she sang Can’t Help Falling in Love, some girl fainted. And she said it happened the previous night, too! Maybe it’s an epidemic. Or maybe people just know they can get Ingrid to come to their rescue and get close to her by pretending to faint during that song…

Overall, I think Ingrid Michaelson has improved quite a lot. The lacking maturity factor that I wrote about in my previous posts seems to have resolved itself. Maybe is a really good album. And Ingrid is a really good performer (and so are her bandmates, especially Allie). Oh, and her other girl guitar player is kind of cute. So go see her live if she hasn’t already sold out in your town! Apparently she has sold out everywhere she’s gone so far. Hopefully I will get to see Ingrid again some time soon without a skip year like before!

« Grocery Shopping in Seattle How To Date a White Woman: A Practical Guide For Asian Men »