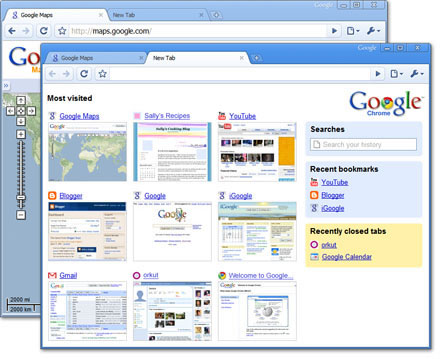 There’s been a lot of talk lately about proprietary platforms. Apple has been rejecting apps left and right due to various reasons. For example, they rejected the Google Voice app using their generic “duplicates iPhone features” reasoning. Isn’t that kind of reasoning grounds for an antitrust case? They also rejected a dictionary app for potentially bad words! Someone think of the children!

While I think Apple deserves some credit for popularizing the whole app store notion, they also kind of suck for holding such an iron grip on it. It’s nice to find apps in the store without having a third party directory or searching for apps all over the mobile web. But it sucks when honest developers get screwed because of totalitarian control.

I wonder if there can’t be a nice, happy medium. Maybe an app store combined with a way to legally (without jailbreaking) install apps via a third party. For now, the iPhone’s App Store is great for customers, but I have a feeling that abused developers will eventually learn their lesson and go elsewhere.