Windows 7 RC Impressions (on a PC!) 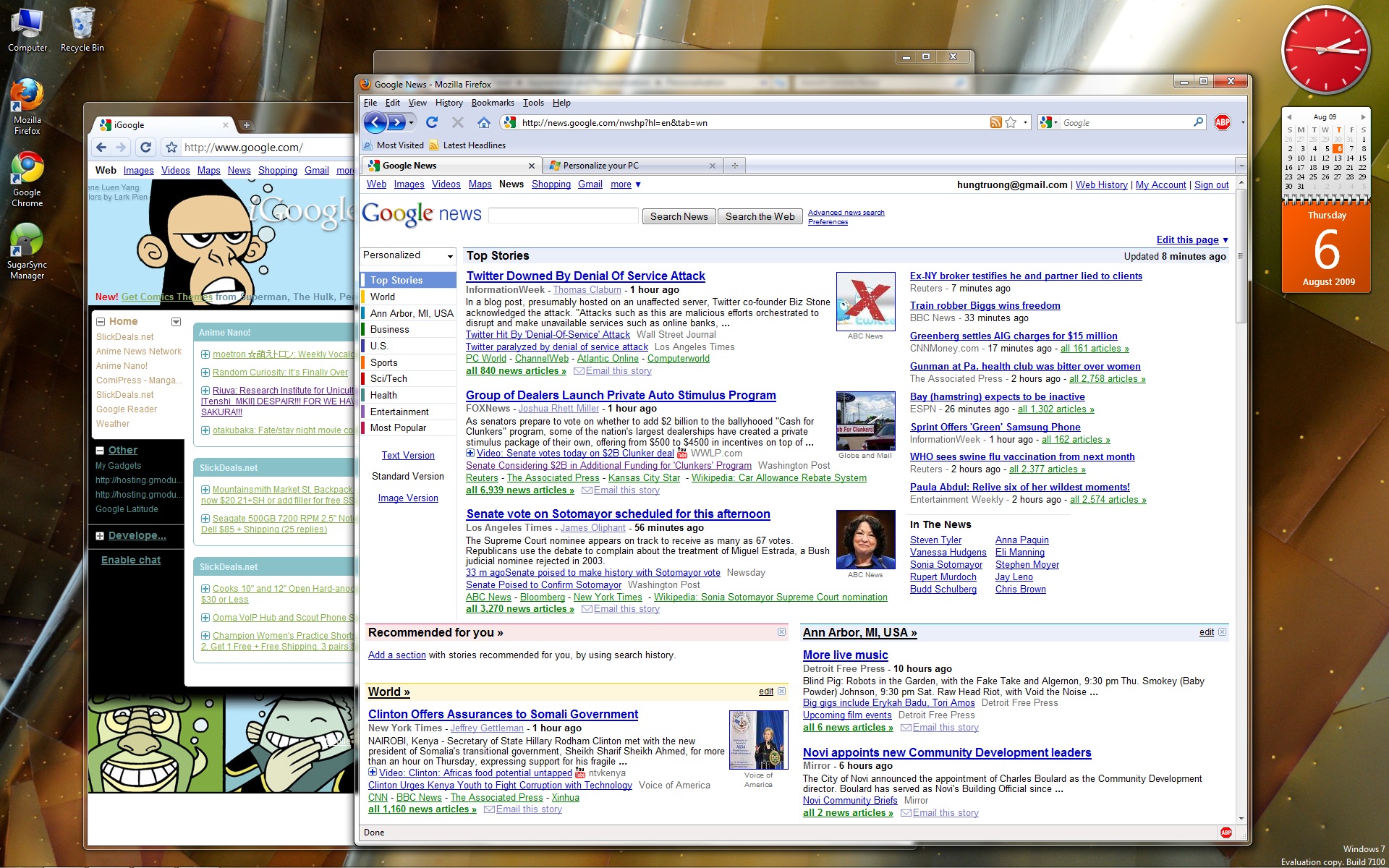 I made the switch from PC to Mac a pretty long time ago. It’s been about two years since I started using my first Macbook and a few months since I went exclusively to using OS X (when my PC crapped out). I recently got bored and decided to fix up my PC and put Win 7 RC on it (I think the thing flipped out when I got a new hard drive and it somehow got two Win XPs into the boot registry thing).

I already tried installing Win 7 Beta on my Macbook Pro a few times via Boot Camp and VMWare Fusion. They were both pretty bad solutions. It’s just too much to try and virtualize a modern operating system, and the Boot Camp drivers are just kinda crappy. My main thing was that Win 7 kept crashing in Boot Camp, losing wireless connections and having a really laggy touchpad interface.

You may recall that my opinions of Vista were not the most positive. About a year and a half (and an operating system) later, I think the thing is finally pretty good.

The user experience is nice. I like the fact that I can hit the window key, then type whatever I want and get a list of programs, etc. It’s really useful because the control panel is so insanely organized that it’s impossible to find anything in a hierarchical manner. I guess that’s a mixed complement/critique. I like the desktop backgrounds, and all the apps I’ve installed so far work pretty well. I didn’t have to scavenge for a single driver, which was really nice. When I managed to buy Windows 7 UK and installed it on my mom’s laptop, however, it was quite a task getting the video card to work (it was an old Dell 300m).

The only real complaint I have is that file sharing is still really confusing. I found out how to access my shared folders from OS X, but I haven’t figured out how to access my Mac from Win 7. Overall, though, Win 7 is actually looking pretty good. If I actually had a need for this desktop, I might actually use it more often (besides for playing games). For now I’ll stick with my trusty Macbook Pro. I’m thinking the upcoming Snow Leopard upgrade will keep OS X interesting.