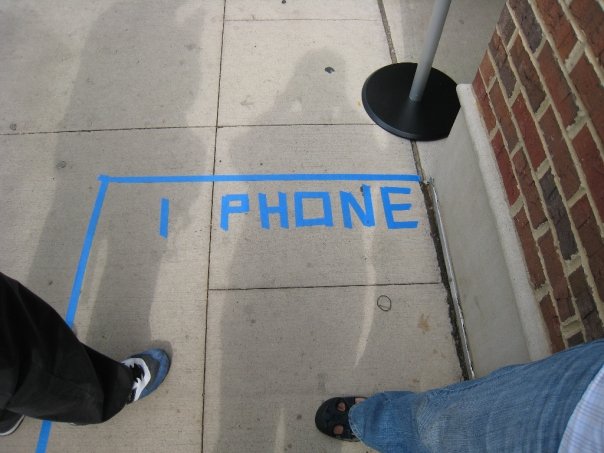 So after a few false starts, I have an iPhone 3G that works.

The journey was a long one; at the end I grew weary and lost faith. But finally, I have a neat iPhone 3G that does cool stuff.

It started this morning at around 5:30. I woke up (though I only got like, 3 hours of sleep since I had taken a nap earlier and messed up my sleep cycle) and took a quick shower. No breakfast. Just took a vitamin water (these things are kinda good!) and a coffee granola bar for energy. 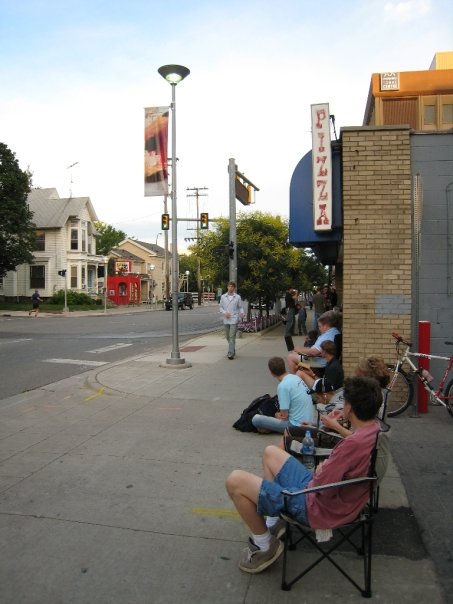 When we actually got to the AT&T store, it was around 6:30ish. There were actually about 30 people in line. Apparently everyone showed up around 6:15 or so. There was a really cool line wrangler named Steve that kept everyone reasonably informed. We found out there were like, 40 phones. So we should be able to get one. Adam and Brent didn’t want to settle for white ones. Or 8GB ones. But I think eventually Adam got a black 8GB and I dunno what Brent did.

At 8am, the line started moving, and it was moving well. But then disaster struck! It seems either Apple or AT&T didn’t have the resources to take a billion people in the US all wanting iPhones at the same time (and having to activate them in the store). The activations were apparently taking around 45-50 minutes each when they should’ve taken 15 or so.

Eventually, the AT&T people let us just do most of the steps in store and then activate at home. By the time we were done, it was about 11am. I went home and tried to activate the thing for about 15 minutes. iTunes was just being bad. So I went to sleep. I woke up at around 2pm and tried to activate again. This time it worked after about 30 minutes of trying.

I’ve been loading up apps and trying them out. It’s pretty cool. My favorite so far is the PhoneSaber.