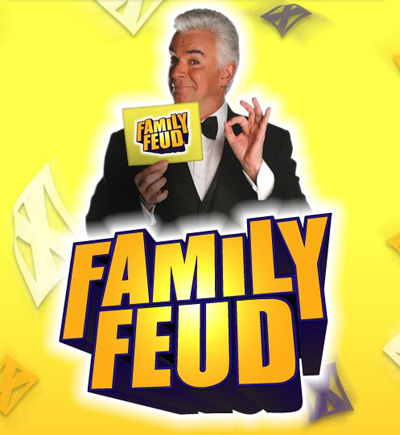 It’s kind of weird seeing a character actor like him hosting Family Feud. Like there was a contestant named “Elaine” and when he said “come up, Elaine” I had weird Seinfeld flashbacks! He even said it in J. Peterman’s voice! I guess technically it’s his actual voice, but still.

Oh, and speaking of Family Feud, I really hate how they show the answers at the end of each round. Like they have the audience read them to us slowly as if we’re blabbering, illiterate idiots. I suppose most people who watch Family Feud are, though. (Not me, of course)

Also, where do they find these families? Can people be so out of touch with reality that they think funerals are a good time to have a family portrait taken? Or that Wal-Marts exist in malls!? Who are these people!?