Today is Halloween. UNM had a special pumpkin carving contest going on in the SUB. Since I had 2 hours to kill, me and Wei (some guy from my CS class) went to carve a pumpkin. Wei picked a way too big pumpkin and we started.

But there was a lack of tools. Apparently the blades kept on breaking off of the handles for the carving tools. I went into MacGyver mode and made a custom shiv out of one of the blades and a napkin. It worked okay, but it also made my hands really tired.

Anyway, it took like, 20 minutes to get the top off of the damn thing. Then it took a few more minutes to scrape all of the crap from the inside out. Once we finished doing that, they announced that all participants had 5 minutes to finish their pumpkins…

We ended up just trying to finish, but we both had class to go to. I took the pumpkin home and finished it there. Here’s the result! 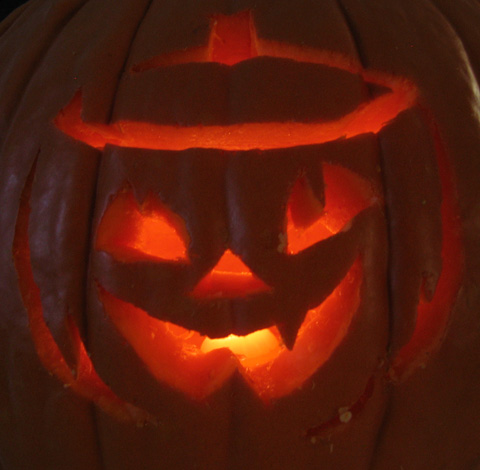 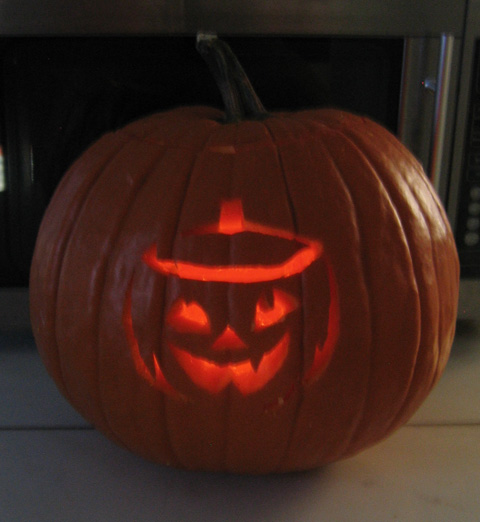 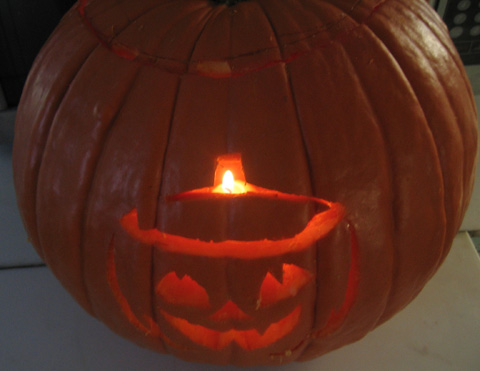 It’s really badly proportioned, since the pumpkin is huge and the face is tiny. I do like, however, having a pattern of an actual jack-o-lantern on a jack-o-lantern. It’s kind of meta, don’t you think?