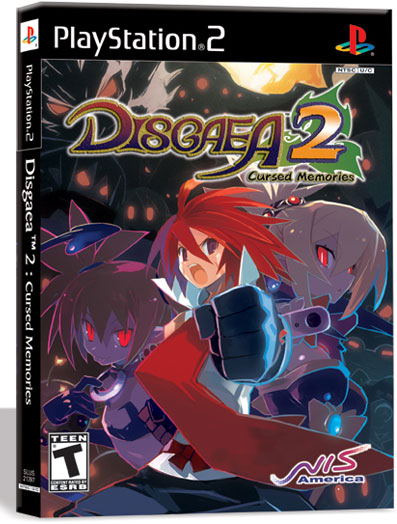 Okay, so here’s the deal: I’m a total Nippon Ichi fanboy. I loved Disgaea, Phantom Brave was cool, Makai Kingdom was better. I even have the rare (well, not anymore) Rhapsody: A Musical Interlude for PS, though I haven’t played through it yet (it seems kinda primitive in comparison). If you’re still not convinced, read this post.

Disgaea 2 is coming out in America on August 29, so I gotta be ready! NIS America actually has a somewhat sweet pre-order package available.

For $75, you can get the Disgaea 2 game (duh), A strategy guide, a volume of the Disgaea manga, an art book, and the official soundtrack. Yeah! There’s some other digital download things too, like the game manual and some mouse cursor or something. There’s also a different package for $65 that only doesn’t include the manga. Lame.

The way I calculate it, the video game is worth $50 (or more; I’ve been waiting forever for it!), the manga will probably be worth $10, and the strategy guide would be $20. Add another $10 for the soundtrack and $75 isn’t looking so bad. Plus I get to support my favorite video game company ever, Nippon Ichi!

Okay, I’m going to stop right now, because I sort of sound like a commercial. But that’s what fanboys are for! N1 forever!

« Asian Guys Doing Karaoke (Badly) Get A Customized Message From Samuel L Jackson! For Snakes on a Plane! »