So today I got my package from Jlist containing all of the sweet nerd stuff that I’ve been waiting for! I got the Final Fantasy XII Potion (4 of them), a Question Mark Box Bank (with character inside), a sound effect Capsule Toy, and a busted pouch of Pocari Sweat (I didn’t ask for it to be busted). 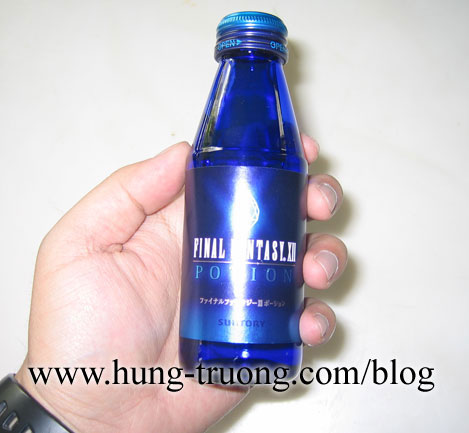 Yes, that’s my hand in the picture. Maybe I should be a hand model… Anyway, the bottles were a bit smaller than I envisioned. I’m going to be drinking the potion along with my cousin, who ordered 2 with me. I was thinking of doing a video review or something. I’ve heard it tastes like medicine, but I think I’m getting a slight cold, so maybe the potion will cure it!

Next, the Question Mark Box Bank: 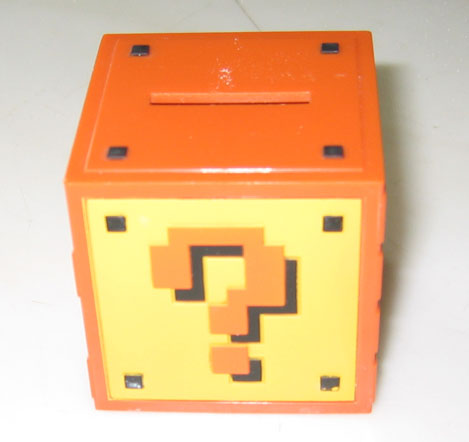 Yep, it’s a bank shaped like the box in Mario that you hit to make a coin or whatever appear. I tried punching it. It just made my hand hurt. I envisioned it would be bigger than it actually turned out to be. It can probably hold like, $1 worth of change. Yay. 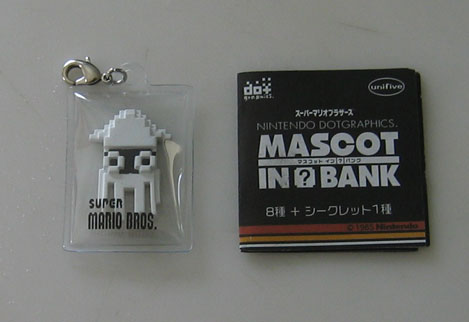 It also came with a keychain character. I got a blooper. He came in a little protective baggie. I like it.

Next up, the other Sound-Making Keychain! 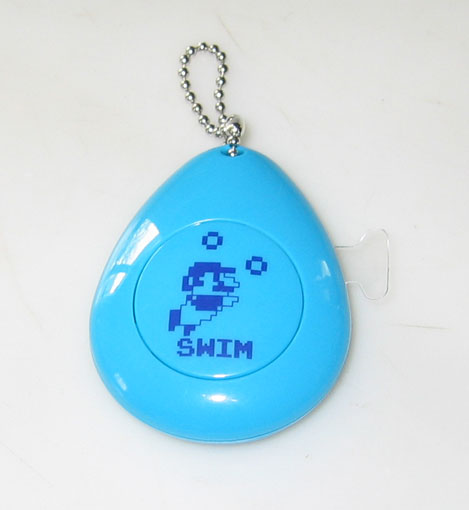 There are six of these keychains in all, but I ordered one and got a random one. It makes the Mario swimming sound. It’s a lot bigger than I thought it would be, and I dunno if I should walk around with it as a keychain. It could go off in my pants without warning! Check out my quick demo video of it in action!

Last but not least (well, probably both) is the Busted Pouch of Pocari Sweat (try saying that five times fast!): 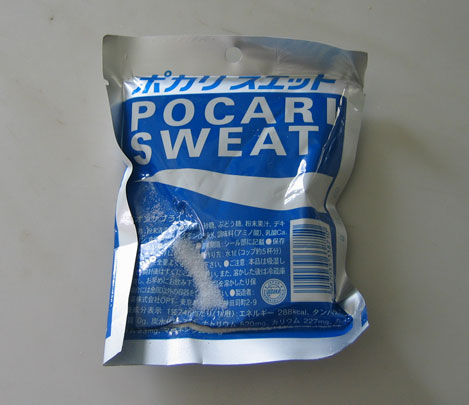 I’m going to ask Jlist if they’ll send me an unbusted one. It sort of got all over the other stuff and made it look like I got some cocaine with my order. True, there’s still some mix in the pouch, but now that it’s open, I dunno if I wanna ingest it. For all I know, it IS cocaine!!!

EDIT: Jlist wrote back saying that they’d send me a replacement. How cool are they!?

So yeah. That’s it. If you wanna be cool like me and get crazy stuff from Japan, check out Jlist. They’ve got some neat stuff. Shipping is kind of a lot, but if you buy in bulk, it becomes somewhat reasonable.

« Science Sez: Most People Think They Are Above Average; Are Wrong Fighting The Common Cold With Cold-Eeze! »