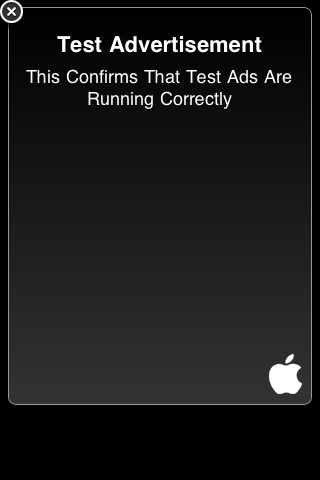 After reading this article on the upcoming iAd release, I have a few thoughts on the future of Apple’s mobile advertising platform.

iAds on Apple devices will be rich media experiences, they’ll stay in the app, and they’ll make developers tons of money. That’s what Apple assumes, at least. The major takeaways from this article are that only a limited number of advertisers are signing on at first, and at a really high premium. What’s more, iAds are costly to “develop” which will limit the number of advertisers at first.

Advertising relies on a steady supply of supply (advertising inventory) and demand (ad impressions). The advertisers supply the… well, supply, and the developers handle the demand by providing users who will see the ads. Because there’s not much supply yet, and because I have a feeling many developers will integrate iAds into their apps or already have, I predict a few things happening:

Users will go through a high degree of ad fatigue. With only a few different ads available, users will probably get bored of the same ads over and over. Sure, they’re rich and interactive, but if I see that same Toy Story 3 ad a billion times, it won’t be effective anymore. This will probably contribute to iAd blindness.

Initial advertisers will pay a premium for being first. Because of the limited inventory and abundant number of impressions, advertisers will probably end up using up a lot of their inventory. Apple might have a way of throttling ad impressions so they remain constant throughout a time period (or at least they should). If so, iAd display will be pretty erratic. Sometimes they’ll show and sometimes they won’t. Of course, if that happens, publishers will be upset that their placements aren’t selling.

Publishers (developers) will make some money, but not as much as they thought (at first). Or at least, not until the ad inventory goes up. Because Apple will probably throttle the advertisements going to them, or users will be weary of the same ads showing up, publishers will suffer at first. In the long run, publishers will probably end up making more when the supply and demand issues fix themselves.

Advertisements will probably start off being innovative, then fall in quality. I have a feeling they will mirror the app store apps. There will be many high quality ads at first, but once Apple requires a steady amount of rich ads, others will develop iAds for advertisers. The ad inventory quality will suffer because of the cost and time associated with creating high quality ads.

On a high level, I see a few early issues in the iAd platform, mostly the demand for ads outweighing the amount of initial advertisements. Over time, this will correct itself, but at the cost of the quality of ads delivered. Think of how the App Store degenerated into crappy mirror apps, etc. Apple would like to keep the quality of their ads high, but I can’t see this happening based on the number of ads they need to deliver.

This will happen because Apple is offering the iAd platform to all publishers (developers). If they had hand-picked a few to beta test, I have a feeling the supply and demand would match up. Apple knows they’re behind in the game though, so that’s probably why they’re releasing it to all developers. In the long run, I think the iAd platform will be a hit for advertisers and developers. Hopefully the level of ad quality doesn’t suffer so much that it affects the end user too much.