Baldur’s Gate II: Like Crack, But A Computer Game Version 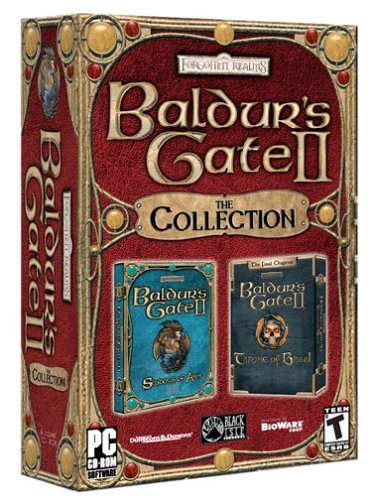 I reinstalled Baldur’s Gate II today. Bad idea. I’ve been sort of nostalgic for the past glory of the turn-based RPG and I finally just had to play it. But I pretty much didn’t get anything else done.

I don’t care what anyone says; old school 2D D&D games like Baldur’s Gate, Icewind Dale and Torment rock. They’re just too damn fun to play. I don’t know what it is. Maybe it’s how your enemies explode into chunks if you hit them hard enough. Maybe it’s how Magic Missile grows more powerful as you gain levels. Maybe it’s the actual role-playing.

But once I start one of these old school adventures I can’t stop until hunger or weariness takes priority. Which is just about to happen. But I thought I’d blog about it first. (I guess Baldur’s Gate is then a sort of offline equivalent of World of Warcraft, which I never really got myself dependent on, thank god)

I tried playing Mass Effect kind of recently. It just doesn’t have the same fun factor. I mean, what kind of RPG expects me to actually aim a gun? The KOTOR games at least handled all the blaster shots and stuff. Why does everything have to degenerate into FPS? Oh well. I still never beat any of the Baldur’s Gate or Icewind Dale games (or Torment) so I guess if I ever run into a period where I have a lot of free time (probably will never happen) I’ll have plenty of things to do.

P.S. This time I rolled a Half-Elf Chaotic Good multi-classed Fighter/Cleric. Usually I go for the Ranger but I found they kind of suck. A vanilla Fighter would be too boring so I multiclassed! I’m a nerd!

« Metal Gear Solid 4: Sorta Review The Land Before Time – It Goes To XIII! »