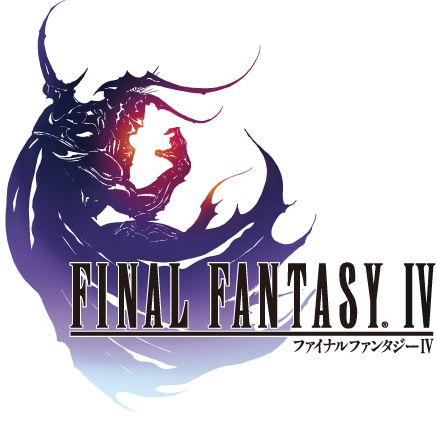 So I haven’t really been paying much attention to video game news since I started grad school. Not enough time for video games! BUT, on a cursory stroll to Kotaku, I found out that Final Fantasy IV for DS is on its way for this Summer.

Wait, FFIV for DS? Apparently it’s already out in Japan. That’s how behind on video game news I am. Perhaps it’s good that I don’t follow this stuff, though, because I’m not one to really like waiting for stuff anyway. There’s also a bunch of other neat Square games on DS like Final Fantasy XII: Revenant Wings and Crystal Chronicles. WTF? How’d I miss this stuff!?

Final Fantasy IV (I want to say Final Fantasy II) was my first FF game, so it’s sort of near and dear to my heart. I just rediscovered my Nintendo DS, and my unfinished copy of Final Fantasy IV Advance! So I played for a couple of hours this weekend. It’s kind of weird playing it now since I’m used to a lot of story being told in FF games. Like, Rydia comes back from the dead and all you get is a simple three sentence explanation. Come on Rydia! We want details! Also, is it wrong to think Rydia is hot since she starts out being a kid in the game, and through some weird game mechanics, gets to be super hot later on?

I must say, I’m a bit worried about the whole transition from old school game to DS 3D treatment. I played Final Fantasy III on DS and it was a bit disappointing. My main beef with these conversions is that they screw up the game mechanics. All of sudden you get the same number of random encounters, but there’s a cost of a few seconds because of fancy panning before the battle and the victory screen after the battle. Everything seems so snappy on the old school version of FFIV that I’m playing right now. Except for those damn vampire bats and their drain attack, whose animation takes FOR-EV-ER!

Man, I sure do sound like a cranky old school gamer. I’ve been wanting to finish FFXII, but I think the time requirements on that one are a bit higher than FFIV. The whole dash thing they built into the game has made it play a lot faster. I remember when I played the original, I rented it for the weekend. So each weekend I would start the game on Friday, and by Sunday when we had to return it I had gotten to the underworld part, basically where you get Edge. Then the next weekend I’d just start over again. How sad, right! But it’s left me with pretty photographic memory of what happens at each step of FFIV. Right now I’m pretty damn far and I have only 9 hours on the game! So hopefully the conversion to DS doesn’t slow things down insanely.