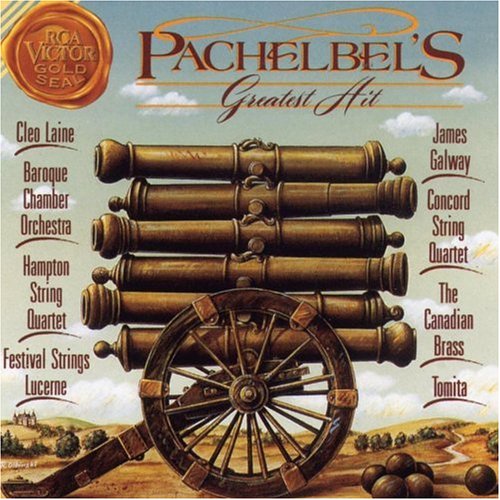 While waiting for the TMBG concert, I killed some time at the Borders across the street from the Michigan Theater. Apparently this is the headquarters of Borders, though it isn’t the first Borders ever. Originally it was located above the State Theater. Anyway, I was in the music section, and came across this cd entitled “Pachebel’s Greatest Hit.” Yes, greatest hit. Singular.

The cd consists of a bunch of different versions of Canon in D. If the inherent repetitiveness of the song (it’s a fucking canon!) wasn’t enough for you, now you can listen to it 8 different times! Next up, “Variations on ‘Row, Row, Row Your Boat!’”

« They Might Be Giants Concert @ The Mighican Theater! $10 Holiday Sale at Threadless! »