House MD Seasons One and Two! 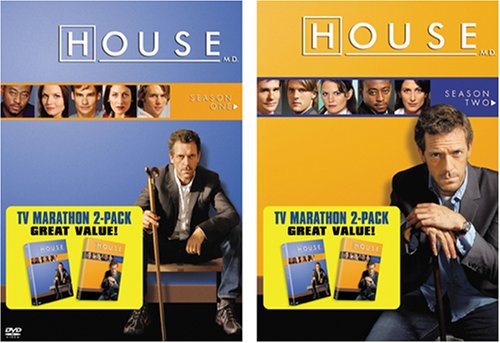 I just got my House M.D. Seasons One and Two DVD from Amazon.com today. It took like a month! I guess they sold a bunch and ran out. Anyway, I watched the first disc today (both sides).

I started randomly watching House when I saw it on TV one day. I really liked it, though I never actually “plan” my TV watching, so I hardly ever see it. I just bought the DVDs so I could see the first two seasons. I think I saw like, 2 or 3 episodes from this past season.

One thing I’ve noticed about House is that patients going into seizures usually mean a commercial break. I guess it’s just good TV writing to have a seizure plus fade to black… Also, the doctors really love Diazepam, which goes along with the many seizures. I remember Diazepam from Metal Gear Solid, which would help you relax to use the sniper rifle.

I think a drinking game where you take a drink when a patient goes into seizure, or when House’s initial treatment fails would pretty do the job for anyone. No other rules required.

So far, the series is really good. Sure, the plots get a little redundant and formulaic, but nothing like Inspector Gadget. Plus at least the characters develop. It may take me a while to watch the whole set, but I’ve got nothing but free time this Summer anyway!

« i’m in like with you – Beta Impressions + Invites! Google Developers Day US – Theorizing from Data »