[Edit 11-13-2010 Hi Techcrunch! This is an old post I made more than 3 years ago about Google. tl;dr I interviewed and didn’t get a job. I’ve done some stuff since then. Check me out on LinkedIn and look at my portfolio. I’m currently looking for interesting stuff to do. And now back to this lengthy post about Google…]

So last Thursday I flew out to Google to visit in the context of their College Days program to do some interviews / take a tour of the Googleplex and eat their food. Google had me sign a pretty hefty NDA (Non-disclosure agreement) so I’ll try to be careful with what I say. Basically, I believe that if what I say is pretty much common net knowledge, I’ll be ok. I don’t really think they told me any Google secrets.

The main point of the NDA, I think, is not to reveal any of the interview questions, since they’re important to keep under wraps so that interviewees will see them as fresh questions instead of being coached on them.

So on Thursday, I flew out to a very nice hotel called The Grand Hotel in Sunnyvale, CA. It was very nice. The bathroom was really huge. The bed was really huge. I felt pampered from the very beginning. They even had a bathrobe! Upon arriving, I used Google Earth (quick plug!) to find some fast food places nearby. I walked to Taco Bell and back and had some burritos for dinner. I took a mineral bath (to calm down for tomorrow’s interview) and tried to sleep, but that was kind of hard to do, considering.

The next morning, I woke up semi-early to eat a light breakfast. I realized that I forgot to bring deodorant (which is kind of a big deal) so I walked about three blocks to get to a drug store. These were no ordinary blocks, however. These were Sunnyvale blocks! I got back to the hotel and applied the deodorant (which at that point, I urgently needed due to the walk).

I didn’t have much time, so I ran down to the lobby to find that the hotel’s limo had already departed for Google! Me and a couple of other candidates were freaking out (but not too terribly badly) but we then realized that the limo would come back for us. It was pretty cool riding in the limo. It didn’t have champagne or a pool or anything though.

The first thing that I was upon arriving to Google was a ping-pong table. Cool! We introduced ourselves to the recruiters and relations people, and listened to a quick talk from Peter Norvig, who is now a research director at Google. I’m not really into AI, so I didn’t know who he was, but one of the other college day visitors was studying AI as a PhD so he was pretty stoked.

After that, we did three interviews in a row which were 45 minutes each and done by different engineers at Google. One of the things that sets Google apart from other companies is that it seems to like having fun. As an example of this, all of the interview rooms were named after programming languages. There were all sorts of languages, including some I’d never heard of before.

I thought the interviews went pretty well. There were some hard problems (NP-Complete hard even) and some easier problems. I did have sort of a hard time writing down the code, since I hadn’t done any formal code in Java for quite some time. I guess that during my second interview, I chose a weird way of solving the problem that sort of confused the interviewer, but other than that, I thought I did well.

After the interviews, we had lunch. We ate at Charlie’s Cafe, which had a bunch of types of food. I guess the special that day was seafood. One of the nice things is that each dish was labeled with 0, 1 or 2 asterisks. They went from 0 – not vegetarian, 1 – vegetarian, 2 – vegan. Since I’m a vegetarian, it’s nice to see this kind of thoughtfulness. It sure helps choosing food when you don’t have to ask “does this have meat in it?” for each dish. The food was pretty good, but I got a seriously burned Focaccia which I didn’t finish.

After that we had a Q&A session with two Google engineers. One worked on Google Earth and the other had created Google Movies as a 20% project. I asked a question about doing grad school + Google and the answer was that it was really hard. They seemed like really nice people, and it was reassuring to see that the engineers of Google can be social (unlike many engineers in general).

The last thing of the day was the Google Tour. We walked around and saw all of the weird, quirky things that makes Google Google. Like the T-Rex skeleton, and the volleyball court that had sand imported from Mexico, or the micro-kitchens that you come across every 150 feet or so, or those infinity pools where there’s a constant current pushing against you. One thing that I noticed was that there was a lifeguard there. Just watching one guy swimming in the very small pool.

Finally, we said goodbye to all of the recruiters and took the limo back to our hotel. The general vibe of the place was that Google is still the place to work. I don’t think there is a work environment like it anywhere else (besides all of their other offices). The culture still seems fun, the atmosphere seems creative, and I really want to work there.

As it so happens, I didn’t get offered a job. The recruiter tried calling me yesterday but I was probably in the air when she tried. I called her today and she gave me the bad news. So it looks like most likely I’ll be going to grad school at Michigan. Hopefully I can find a good way to pay for tuition; maybe a research assistantship, a position as ULA, or something else.

I can still try again after about a year. Since I’m planning on grad school it’ll probably end up being in two years. When I asked if there was any feedback I could hear about my interviews, the recruiter told me that in a high level sense, coding was an issue. I suppose I should have studied my OOP a bit more (I’ve gotten a bit rusty). It is frustrating since I honestly believe that I could make an impact on the projects that are going on at Google. I see this as a false negative, but I really have no one to blame but myself for it.

I do hope I can come back after I’ve completed grad school and try again at Google. There’s really nowhere else I can see myself ending up. This is a small defeat for me, but I know that I can definitely make myself a better candidate with hard work and guts!

Also, the visit itself to Google was invaluable. I had the chance to visit my favorite company and literally eat with the people who were making the company what it is. I actually look forward to interviewing with Google again in the future. The interviews were all very interesting and I was treated very well. Hopefully I can do better the next time. 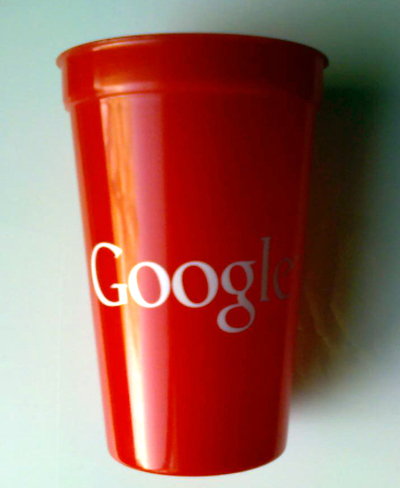