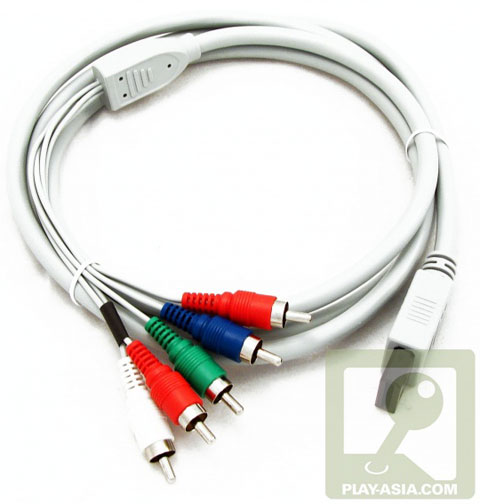 After getting my Wii, I immediately noticed that the cables that came with it were only the normal RCA crap ones. I have an HD capable TV, so I was pretty peeved. I went to Play-Asia.com and ordered the cheapest component cables. I ordered ’em on the 23rd and they came on the 31st, so it took about a week.

So far, I’m fairly impressed. After switching the Wii from 480i to 480p, the difference is pretty noticeable. Before, I could see the picture getting blurry where the cursor was moving. It was kinda weird. With the component cables, that doesn’t happen anymore.

I tried playing Zelda: Twilight Princess. There’s a huge difference with the cables. Before it was super blurry, and now it’s somewhat jaggy. Sure, the antialiasing could use work, but it still looks 100% better.

If you have a Wii and a TV that takes component input, you MUST get cables. These ones were like $13, shipping included.