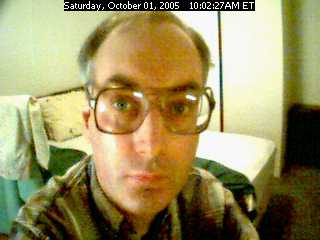 So a while back, I found some videos from a guy doing a daily video journal type thing. His name is Steve Sutton, and his life seems really really boring. Steve speaks in this weird creepy southern accent and just mentions the mundane stuff that happens to him. Visiting Steve’s World, you can see he’s pretty busy on the internet.

At first I thought the guy was just some kind of geniusly crafted alter ego. A lot of his videos involve post production (like him visiting himself from the future and talking to himself). The more I watch his videos, though, the more I think he’s actually a creepy guy.

Here’s a video of him talking about eating boiled peanuts. So is he really creepy or fake creepy? You be the judge!