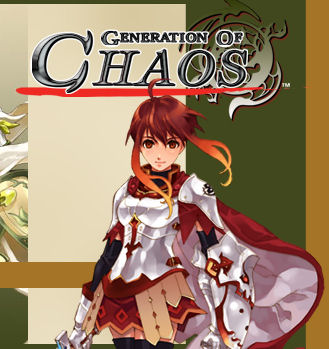 Generation of Chaos, a strategy RPG for the PSP just went online for preorder today (err… yesterday) at NIS America. Being the NIS fanboy that I am, I’m really considering getting this. The only problem? I don’t have a PSP…

Now, the PSP is pretty well known for not having any games that “sell the system.” If Generation of Chaos rocks, it could very well be the turning point for me.

I’ll wait for the reviews personally. Sure, everything that Nippon Ichi does is money in the bank, but this game was actually developed by Idea Factory. That said, it might not be the SRPG I’m looking for. If only Nippon Ichi would develop for the Nintendo DS… Now that would be something!